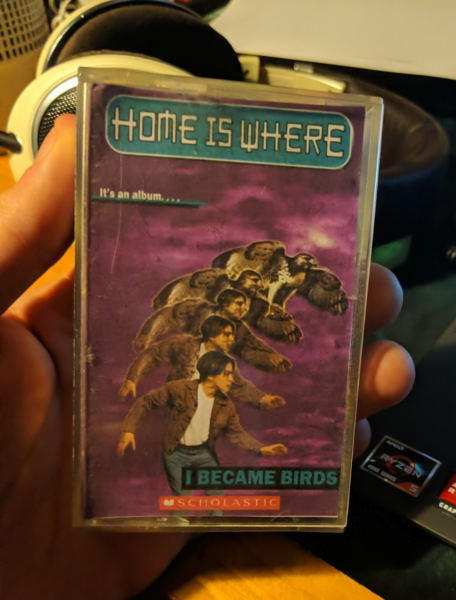 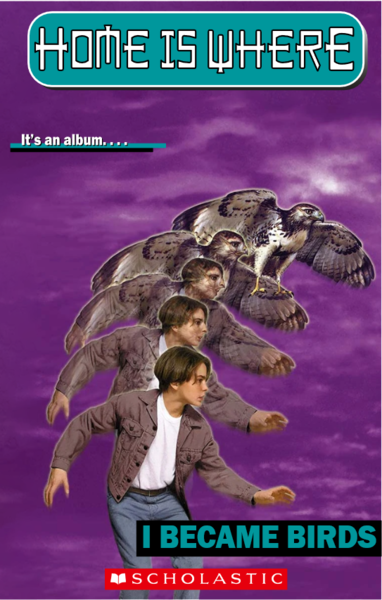 Home Is Where - I Became Birds (one week anniversary edition)

Can y'all believe it's been a whole week since Home Is Where dropped the phenomenal album I Became Birds? Us neither and to celebrate, we're dropping a very special run of tapes featuring an alternate cover! The tapes will all be hand-dubbed on upcycled tapes. There's only 12 available, so act fast!

With I Became Birds, Florida’s Home Is Where push their unique blend of whirlwind hardcore aggression and warm, open-hearted folksy melancholy to even further heights. Frontperson Brandon MacDonald’s Dylan-esque eccentricities are on full display here, from the occasional blast of harmonica (like on early standout “Long Distance Conjoined Twins” or the disaffected, despondency-soaked closer “The Old Country”) to their knack for abstractly evocative neurosis-as-poetry. But far from being a copycat act, Home Is Where’s wearily raw-throated aesthetic and dynamically vivid compositions feel idiosyncratic and vital. The bittersweet folk melodies seep deeply into the band’s DNA, adding an element of accessibility and immediate nostalgia to otherwise churning and angular song structures and sonic assaults. Vocals range from an intimate, gentle, and disarming croon to a full-bodied expectoration of the soul, oftentimes in the same song (like “Sewn Together from the Membrane of the Great Sea Cucumber,” which splits the difference between mournful, gothic post-punk and staccato-heeled screamo with aplomb). A devastating rhythm section and nimble, versatile, yet powerful guitar work assist with the record’s genre-bending, which ranges from maniacal chemical mixtures to gymnastic flips, twists, and turns. And yet, even amid the din, Home Is Where find ample time for hooks-- the oddball effervescence of lead single “Scientific Classification of Stingrays” and the shimmering, propulsive, delightfully off-kilter late-album stunner “Assisted Harakiri” are more than proof of that. Ultimately, I Became Birds shows Home Is Where hitting an early high-water mark. A brisk record-- six songs in roughly 17 minutes-- it never takes a dip in enthusiasm and inventiveness. Home Is Where’s inexhaustible creativity and restless energy is bound to serve them well, and I Became Birds is all the proof anyone needs.
Written by: Ellie Kovach of You Don’t Need Maps & The E Word Podcast

all music written by home is where / all lyrics written by brandon
produced, mixed, & mastered by matt goings at killian studios
released & distributed through knifepunch records